Hostgator vs Dreamhost 2022: Which One Is The Bester?

Hostgator and Dreamhost are both highly respected web host services used by many. If you’re looking to find out which one is right for your business, you’ve come to the right place. Check out our Hostgator vs Dreamhost roundup below.

Founded back in 2002, Hostgator is headquartered in Houston and known for its perks for joining their services. They provide free Google Ad money for signing on to their web hosting services, and they have generally positive customer service experiences.

Dreamhost was founded earlier; back in 1996. They are based out of LA and boast features such as their partnership with WooCommerce to cater mainly to sellers.

HostGator certainly has excellent pricing at $2.75 a month for their shared hosting service, but they fall just behind DreamHost in both features offered and pricing offered. Both DreamHost and HostGator provide VPS, dedicated, WordPress, cloud, and reseller services.

DreamHost’s pricing is a few cents cheaper at $2.59 a month for their most basic services, and they offer some features that HostGator fails to provide, like their own control panel and website builder, and a WordPress install for site migration.

HostGator has many loyal customers, and they’ve accrued some awesome reviews over the years. Their performance seems to be more than satisfactory for customers who are looking for cheap web hosts.

DreamHost certainly offers many awesome features and low prices, but some of its customers complain of outages. Their performance reviews from customers indicate that sometimes websites are down more than they’d like.

HostGator has a few core features available, such as VPS, WordPress, cloud, and dedicated hosting. They don’t offer as many seller-catered services as DreamHost. HostGator offers cPanel management for their account dashboards.

When looking at the offerings available with DreamHost’s services, it seems that they certainly cover all the major bases of web hosting plans. Both HostGator and DreamHost offer VPS, WordPress, dedicated hosting, and cloud hosting. DreamHost also offers many services catered to sellers, working closely with WooCommerce, as well as a website builder. DreamHost offers its own account management interface for website management.

HostGator generally has positive reviews from their customers about their services, but they’ve had some recurring issues like problems with their money-back guarantee and issues with customer support’s timeliness. This contributes to some poor customer support reviews.

DreamHost, on the other hand, has excellent customer support reviews. They have over 25 years of happy customers, and their support team gets top marks from customers.

Best Ease of Use: DreamHost

HostGator utilizes cPanel software, a popular type of control panel, for its users to change website features on their dashboards. Many who have hosted a site in the past understand cPanel well, as it’s utilized in the web hosting world often.

DreamHost does not use cPanel as their management feature; they’ve come up with their own control panel. In general, it seems that customers who are new to website hosting can use their platform with ease. Since it’s good for beginners, we’d say it’s easier to use than HostGator for both beginners and professionals alike.

Since HostGator is a more streamlined web host management, they offer a cPanel dashboard that has many robust options and features. Though not always as user-friendly, it seems more all-encompassing than DreamHosts’s dashboard.

As aforementioned, DreamHost built its own dashboard to be more user-friendly. They have a simple, easy-to-use dashboard. However, it’s certainly not as robust and all-encompassing as HostGator’s dashboard.

DreamHost offers a WordPress website builder, which is a common offering from many web host providers. Design templates are offered, and drag-and-drop is an option here. Although the WordPress site builder is helpful and easy, it’s not as exclusive and catered to the customer’s needs.

HostGator provides free migration services during the 30 days after signing up for services, and they claim the migration can take one to two days after initiation. There are a few negative reviews regarding the website migration process.

It’s free to migrate a WordPress site over to DreamHost, and they even built their own automated plugin tool for transferring the WordPress site. In general, their customers seem to be happier with the overall timeline and ease of the migration process.

Which Should You Choose?

If you’re looking for a streamlined, easy-to-use web hosting provider that caters to sellers, and has the option to upgrade to VPS hosting, reseller hosting, or dedicated servers, HostGator might be for you. They also might be the right choice for your site if you like the new customer perks, such as Google Ad money and their money-back guarantee.

Since DreamHost has been around longer than HostGator, they’ve created many customized features, and they’re adored by their longtime customers, we’ve recommended them as the more highly rated web hosting company in this review. However, HostGator still boasts many sign-on benefits, such as Google Ad money, a money-back guarantee, and a free domain for a year.

What are the most popular web hosting providers?

In the end, the best web hosts depend on what you need as a company. If you’re newer to hosting, HostGator might be right for you. If you’re a hosting pro, a service like InterServer.

What are dedicated hosting plans?

What is managed WordPress hosting?

Managed hosting plans offer web hosting customers a piece of a server for a lower price. With WordPress hosting, a customer uses WordPress pre-installed to manage their site, which is managed by a hosting company.

What are the most common features of hosting options? 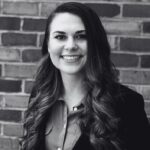 Brenna Major
Brenna is a finance editor who enjoys writing about entrepreneurial opportunities and personal finance tips. She graduated from Liberty University with a bachelor's degree in business and now helps small businesses market their products as a digital marketing consultant. 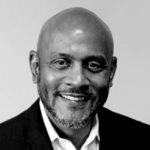 He is an organized and creative thinking sales management professional with experience in outside and inside sales in various markets. Working as freelancer in the Greater Boston Market, he moved to St. Louis and became an Account Executive, then a Sales Manager managing and coaching 12 sales reps covering a nationwide territory. He has developed his team with a combination of consultative selling and value before price coaching mindset which has won him a President’s Cup and many other financially rewarding awards at RICOH. His most recent role as a Continuous Improvement Manager provided insight into the importance of delivering a quality product in alignment with the value and reputation of his organization. It further enhances the aspect of selling on value as opposed to price.